This is an English version, full vesion in Czech is on: www.cak.cz

Welcome at the Czech Bar Association

With effect from February 2016, an amendment to the Consumer Protection Act has brought yet another possibility to settle a dispute between a lawyer and their client-consumer if they fail to reach a mutually acceptable compromise. The role of intermediary in this case is vested in the Czech Bar Association. It can be assumed that this option will be used mainly by consumers who are not satisfied with the way their complaints were dealt with or with a dismissal of complaints by the provider of legal services—the lawyer. The aim of the new legislation is to allow consumers to resolve a dispute extrajudicially and less expensively. However, certain requirements must be met for proceedings to be initiated; both parties must be willing to resolve their dispute.

The petition may be filed in Czech using the attached form. The form can be sent to the CBA to its data box, by post or by email with a certified signature.
Please note that the PDF form may display incorrectly in some browsers. Use the MS Word form for sending by post.

Should the filed petition lack any of the above particulars or should it lack the required evidence, the petitioner will be requested to supply them within 15 days. The petition will be rejected by the Czech Bar Association if this time limit lapses.

The Czech Bar Association will also reject the petition in the following cases:

A rejection of the petition will be communicated to the parties, together with reasons for such rejection, by the Czech Bar Association within 15 days from the date of the receipt of the petition.

A commencement of out-of-court settlement of the consumer dispute will be communicated by the Czech Bar Association to the parties, together with advice that a party need not be represented by a legal representative and that independent consultancy or representation or assistance of a third party may be used. Moreover, the CBA will advise the consumer that they may at any stage withdraw from the consumer dispute out-of-court settlement. Both parties have the right to express their opinion on the matter, they may inspect the documents related to the present dispute, make copies of the claims, evidence, documents and facts produced by the other party and comment on them. Initiation of consumer dispute out-of-court settlement is without prejudice to the right of the parties to seek protection of their rights and legitimate interests before a court.

Consumer dispute out-of-court settlement must be completed within 90 days of its initiation, but the time limit may be extended for complex disputes, however, for no more than 90 days. The Czech Bar Association will inform the parties without undue delay of any extension of the time period and of the final deadline when the consumer dispute out-of-court settlement can be completed.

A lawyer is to provide the Czech Bar Association with a statement regarding the facts set out in the consumer’s petition within 15 working days of receiving a notification they have become a party to consumer dispute out-of-court settlement. It is the lawyer’s duty to closely collaborate with the Czech Bar Association and provide it with cooperation necessary for an effective course of dispute resolution.

Recommended procedure of filling in the form

We recommend that you use the PDF version (1st link). Right click the link, select Save link as... and select, for example, Documents. Navigate to Documents and click the form icon, which will open in Adobe Acrobat Reader. Another procedure does not guarantee you will be able to write in the form.

Although the form allows you to write text that exceeds the size of the frames, these are, however, not printed! Therefore, we recommend that you continue with a longer text in a separate annex.
Please remember to save the form after filling in the text, otherwise the text will be lost. Send the completed form and any annexes, where applicable, by email.

Where to find us 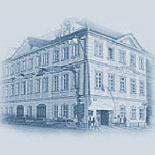 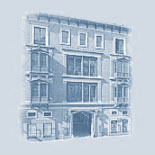